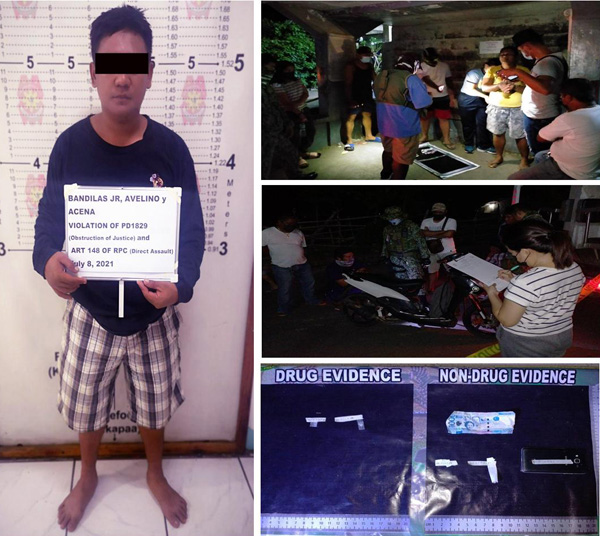 According to the reports submitted by the  Provincial Director, PCOL CHRISTOPHER T ACOP,  suspects were identified as Aiza Acena Bandilas, 32, No. 17 target listed drug personality of PNP/PDEA, and  Avelino Acena Bandilas Jr, 27, security guard also listed as HVI in Bangued.

Same reports disclosed that operatives of Bangued MPS, PIU/PDEU, and RMFB15 conducted a buy-bust operation that resulted in the arrest of Aiza Bandilas who sold one (1) plastic sachet of suspected shabu weighing 0.02 grams with an estimated street value of Php 1000.00 to an operative who acted as poseur buyer.

Additional one (1) plastic sachet of suspected shabu weighing MOL 0.05 grams with a street value of Php 3,400.00; boodle money and cellphone was confiscated from her.

Moreover, during the buy-bust operation, Avelino Bandilas Jr, later identified as the brother of the suspect, came and attempted to stop the arrest by intimidating one of the operatives.

Bandilas Jr. attempted to pull an object from his bag, however, he was stopped by the operatives and found one caliber 38 revolver with 5 live ammo inside it.

Both suspects and pieces of evidence were brought to Bangued MPS for documentation and proper disposition, while appropriate charges are being prepared for filing against suspects. (PROCOR-PIO)