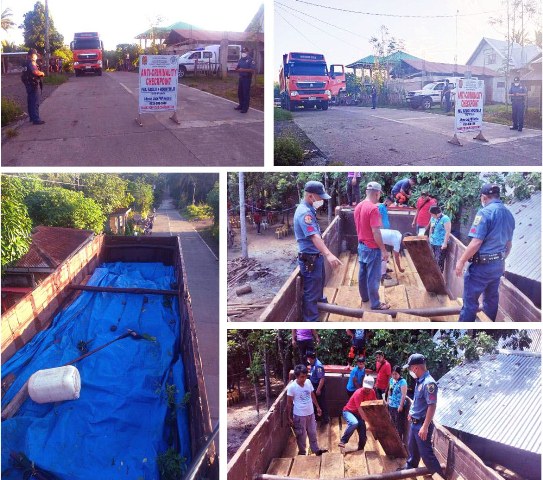 Four individuals are now facing charges for Violation of PD 705 or the Revised Forestry Code of the Philippines after they were intercepted with a truck loaded with over Php 900,000.00 worth of illegally sawn lumbers in Brgy. Kiling, Alfonso Lista, Ifugao on June 16, 2022.

According to the same report, operatives of Alfonso Lista MPS and Provincial Intelligence Unit of Ifugao PPO while conducting Joint Anti-Criminality Checkpoint have flagged down one dump truck for violation of local traffic ordinance however upon plain view inspection, they saw a huge volume of Narra lumbers loaded in the said vehicle.

When asked for pertinent documents of the said lumbers, they failed to show any thus prompting the police officers to arrest the said individuals.

Confiscated from the suspects were Narra lumbers with an estimated volume of 5,746.575 board feet and an estimated market value of Php 976,917.75.

The arrested suspects are now under the custody of Alfonso Lista MPS while confiscated contrabands were brought to DENR Alfonso Lista for proper disposition. (PRCOR-PIO)