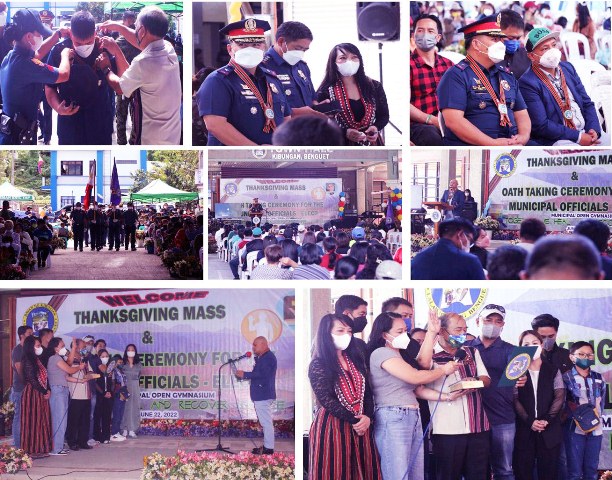 PROCOR Regional Director, PBGEN RONALD OLIVER LEE graced as the Guest of Honor and Speaker of the Oath Taking Ceremony of the Newly Elected Municipal Officers of Kibungan on June 22, 2022.

In a ceremony held at the Kibungan Municipal Open Gym, PBGEN LEE was warmly welcomed by Hon. Ceasar M. Molitas, the Municipal Mayor of Kibungan.

In his speech, PBGEN LEE congratulated the newly elected Municipal officials for their fresh mandate of serving the people.

“You are elected to occupy those seats to inculcate unity, cooperation and understanding among the public you serve”, PBGEN LEE said.

“With your oath-taking, you are now given the power to make progress and lift the name of Kibungan as well as to set a line in avoiding conflicts and obstacles between the residents of this place” PBGEN LEE added.

The Oath Taking Ceremony was attended by Ms Rufina T. Fegcan, Provincial Director of DILG-Benguet; Hon. Melchor Diclas, Governor of Benguet; and other key government officials of Benguet including the mayors of other municipalities in Benguet. (PROCOR-PIO)