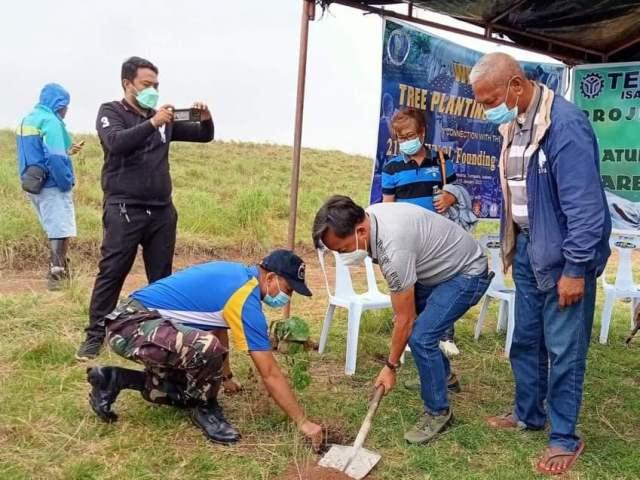 From left to right are Lt Col. Tabutol, Mayor Bautista and Gen. Ramos. Photo by TOG2

The activity is in support of the National Greening Program of the government and was successfully conducted with strict adherence and implementation of COVID health protocols to personnel involved. MAE BARANGAN