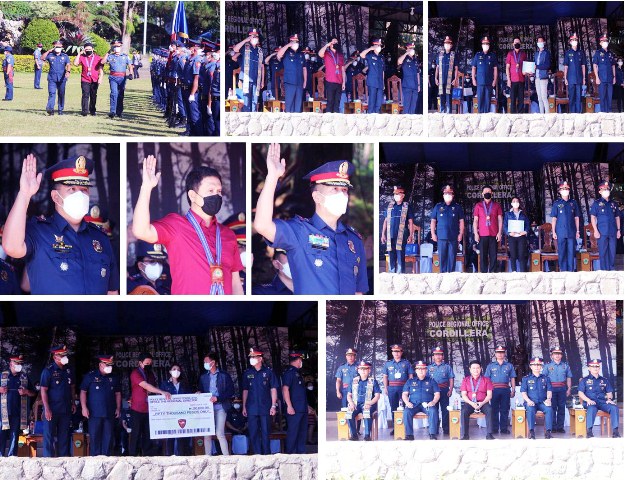 As the esteemed Guest of Honor and Speaker for the Distinguished Visitor Program, the Mayor of Tabuk City, Engr. DARWIN CABRERA ESTRAÑERO, was warmly welcomed by the Police Regional Office Cordillera in a ceremony held at the Masigasig Grandstand, Camp Major Bado Dangwa, La Trinidad, Benguet on June 6, 2022.

During the program, Engr. ESTRAÑERO was personally received by PROCOR’s Chief of the Regional Personnel and Records Management Division (RPRMD), PCOL FRANCISCO B BULWAYAN JR., and was accorded with arrival honors and a traditional welcome dance by the men and women of PROCOR.

Highlighting the program was the awarding of 18 deserving PROCOR Personnel and two (2) members representing the Youth Mobile Force for their notable accomplishments which were presented by Engr. ESTRAÑERO  and  PROCOR’s Regional Director, PBGEN RONALD O LEE. They were assisted by the other members of the PROCOR Command Group.

In his message, Mayor ESTRAÑERO expressed his administration’s full support and commitment to PNP PROCOR as an advocate of peace and order in the region.

“The Tabuk City Government will surely continue to extend whatever appropriate assistance to the Philippine National Police to contribute in the bid of the police force to improve its communication, mobility, and equipment that will allow our men and women to be able to effectively and efficiently discharge their duties and responsibilities to ensure the reign of law and order in our city”.

Meanwhile, Mayor ESTRAÑERO shared that the City of Tabuk has already donated six brand new vehicles to be used by personnel of Tabuk City Police Station while funds are being allocated for the construction of two police sub-stations in barangay Agbannawag and Calanan. (PROCOR-PIO) 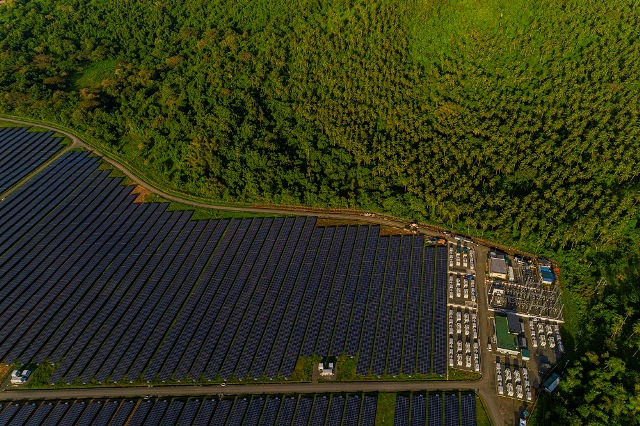