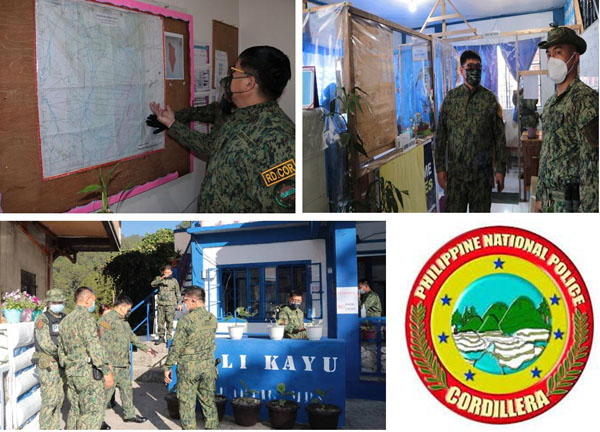 He commended Mt. Province PPO for their efforts to beautify all their stations even before the Chief PNP’s directive on the ICP. Among the stations and camps he inspected, PBGEN LEE especially mentioned Barlig MPS for the impressive makeover they did with their old building, ensuring cleanliness and orderliness despite being located at a far-flung area.

He also encouraged other police units including Regional Support Units (RSUs), Mobile Forces and checkpoints to ensure cleanliness in their respective areas of responsibility. “If Mountain Province PPO can do it, especially Barlig MPS, all PPOs and Stations can also do it,” he said.

Further, PBGEN LEE directed all unit commanders to ensure a more concrete action on the ICP, as it is a priority program by the PNP. He added that a unit’s compliance on the directives show the state of discipline of the unit and reflects the leadership of the commander. (PROCOR-PIO)