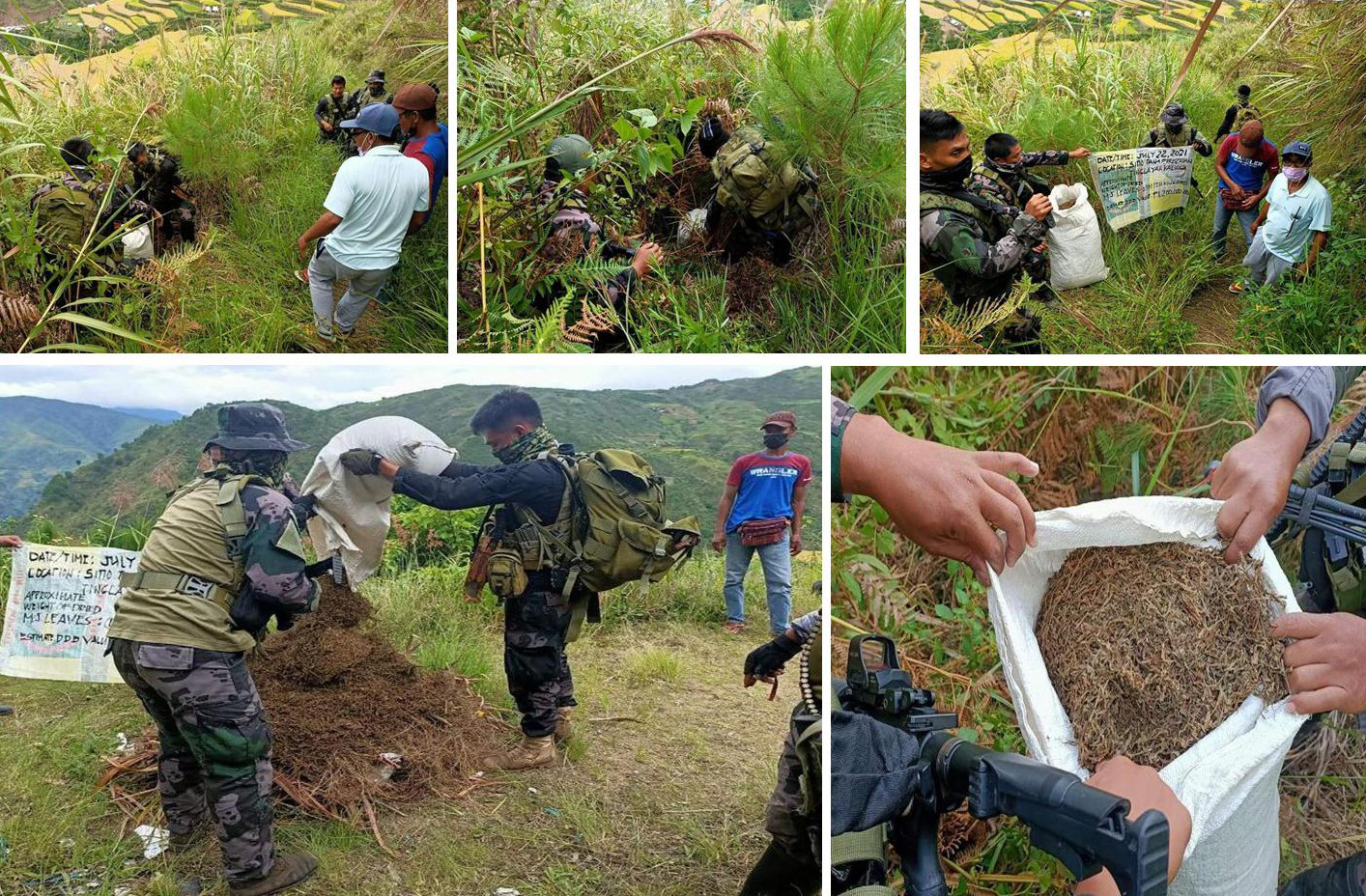 Based on reports submitted to the Regional Director, PBGEN RONALD OLIVER LEE, disclosed that as part of their Barangay Drug Clearing Program joint operatives of Kalinga PPO, PIU, and PDEA Kalinga, were conducting patrol when they noticed a white sack suspiciously hidden in a bushy part of a trail at the said place.

All discovered dried marijuana leaves and stalks were documented after which, these were burned on-site witnessed by Barangay Kagawad Roger Sangga and  Dennis Dinulong, while some samples were sent to Kalinga Provincial Crime Laboratory Office (PCLO) for examination.

Use of antigen as Covid-19 detection tool okayed