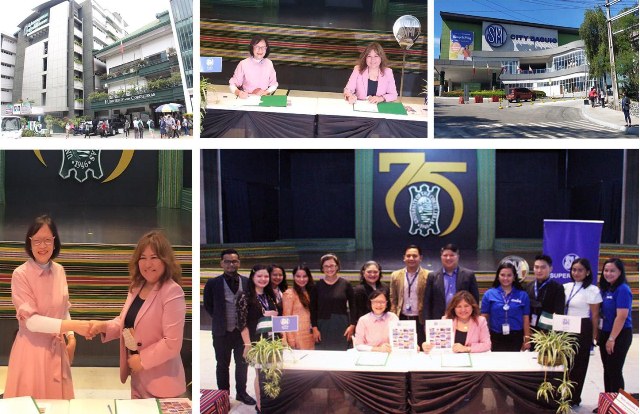 Sa panayam kay UC President Flores, “Industry Immersion of the graduating students of the University of the Cordilleras would be strengthened and further equipped our students prior to employment because one of the best metrics of measurement for quality education is employment, and so if you further equipped our students who the desired competencies skills including attitudes, workplace attitudes to our students, success when it comes to their employment, particularly with SM and so this partnership welcoming always to our students for them to get employed in the industry and activity.

We have various academic programs at the University there is an alumni that we have starting from the architecture, and accounting, we have the business, Hotel, and Restaurant, including Engineering and IT who knows there will be requirements for our Lawyers also because we have a college of law in the university, the various operations of the SM,”

Ayon naman kay Regional Manager Peralta, “This is a pilot project especially our city most educational center Baguio talaga so, SM Supermalls in its active pursuit of academic partnership, we are looking at this not only in Baguio but also nationwide so, we will be partnering with UC from the OJT program other than that we will be very active in school caravan and do a webinar, we can be part of their speaker and a career, we can be resource speaker, for example, we have presented a number of UC alumni not only in Baguio but also some of the most in the worth we have alumni graduates also na ngayon ay very active at part of SM management our course.

“We have started already with other universities like SLU because we are doing this not only for certain academe but also this is part of our community relations and also corporate social responsibility initiatives.

“Ang kickoff strategy kasi ng SM ay yun may mga mall development for example in Tuguegarao as we know  we are putting up a new mall there which will be opening in November and we have already a partner with Cagayan State University one  of the largest in Cagayan Valley Region, and also in Pangasinan, Olongapo and in Bataan tuloy-tuloy na ito, I am proud na successful ang kickoff dito sa Baguio talagang malaki kasi ang student population ng Baguio and we know UC also produces  really quality graduates so, it’s a good partnership, pag nag enroll sila sigurado na ang kanilang employment with SM Supermalls as one of the biggest companies and employer not only in the Philippines but across the nation,” pagtatapos ni Peralta.