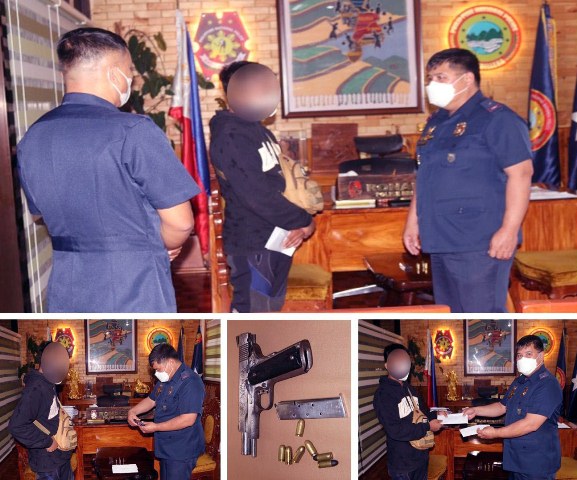 The former CTG supporter voluntarily surrendered after the series of negotiations initiated by joint operatives of PROCOR and AFP with the help of the barangay officials and his family.

According to the former CTG, he is a former member of Kilusang Larangang Guerilla (KLG) North Abra operating in the provinces of Abra and Apayao.

In his surrender, he turned over one (1) Cal 45 pistol with seven (7) live ammunitions to PBGEN LEE.

The former supporter is now under the custody of the PROCOR Regional Intelligence Division (RID) for proper documentation and is now undergoing debriefing. (PROCOR-PIO)