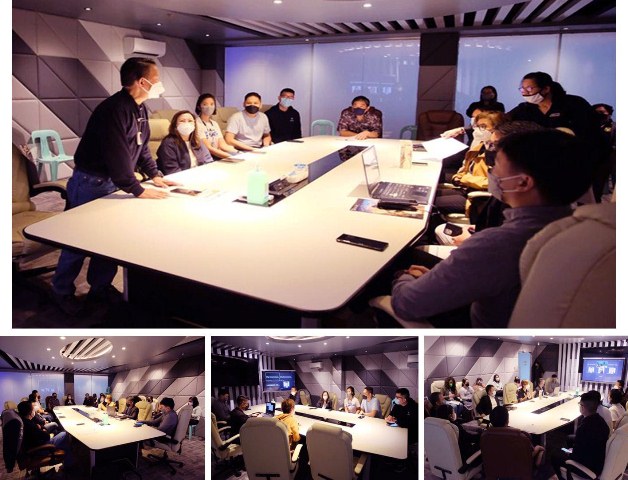 Preparations for the launching of the “Paleng-QR Ph” cashless payment program are set wherein Baguio will be the pilot city. A meeting was held last June 21 and was attended by representatives of program proponents Bangko Sentral ng Pilipinas and the Department of Interior and Local Government, city government’s executive and legislative departments, financial institutions, and service providers, and other stakeholders to set the ground preparations for the inaugural run of the program. Photos by Neil Clark Ongchangco

1 August 2022 –  Preparations are on for the launching of the “Paleng-QR Ph” cashless payment program set to be piloted in the city.

An organizational meeting was held last June 21 among representatives of program proponents Bangko Sentral ng Pilipinas and Dept. of Interior and Local Government, the city government’s executive and legislative departments, financial institutions and service providers and other stakeholders to set ground preparations for the inaugural run of the program.

BSP Director Joyce Suficiencia issued guidance to the city council represented by market, trade, commerce and agriculture committee chair Coun. Isabelo Cosalan Jr. on the passage of a legislative measure to pave the way for the program in the city.

She said Baguio will serve as the model implementer of the program for other local government units to follow.

The meeting also allowed stakeholders to discuss the concerns raised by market vendors during the initial meeting held on July 13.

The BSP officials led by Deputy Governor Berna Romulo-Puyat introduced the program to Mayor Benjamin Magalong who expressed reception to the scheme having been aligned with the city’s own digitalization thrust.

Aimed at promoting a cashless system as an alternative method of transaction in public markets and local transportation, the program aims to create a digital payments ecosystem making use of existing financial service providers like G-Cash, Paymaya, banks, and others to facilitate cashless transactions between merchants and consumers.

Magalong said the program will help improve the city’s collection system and eliminate collection malpractices at the city market while also benefiting the vendors in terms of speeding up payment and ensuring integrity in transactions.

He earlier assured that the program will not be implemented without preparing the merchants to the new system and without addressing concerns on the prohibitive transaction fees that may be levied by the service providers.

Among the activities during the launching is the onboarding of interested merchants by the different financial service providers. – Aileen P. Refuerzo