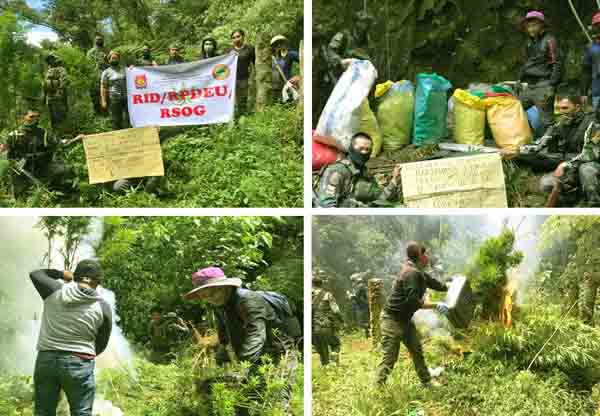 According to PCOL ELMER E RAGAY, Chief, Regional Intelligence Division, an operation was launched after intel operatives got wind of marijuana being cultivated in the area.

While scouring adjacent areas for other possible plant sites, operatives found the 12 sacks of marijuana dried leaves, seeds and stalks which are ready for transport, and with total worth amounting to Php 43, 325,000 at a concealed area about 300 meters away from the plantations raided.

In total, Php 45,915,000.00 worth of the prohibited plant were destroyed during the one-day operations. (PROCOR-PIO)