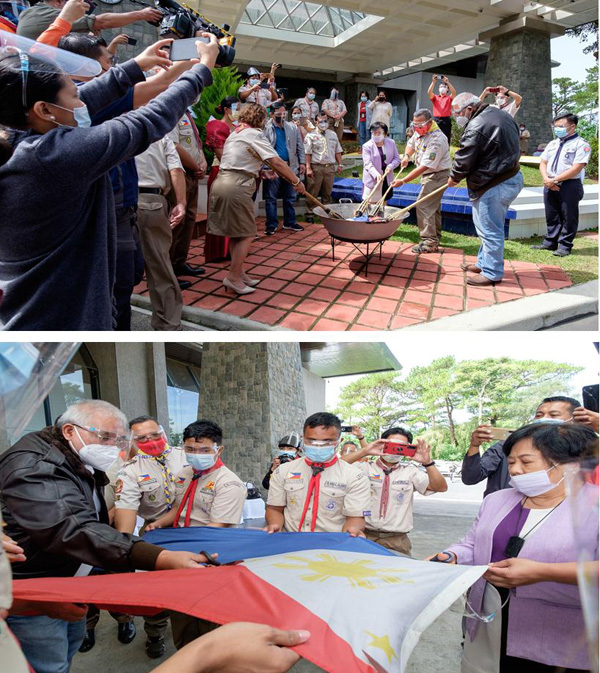 The Boyscouts of the Philippines and the City Government of Baguio represented by City Vice Mayor Faustino Olowan with members of the City Council conducted the ceremonial burning of the old and worn-out Philippine Flag. Old and worn-out flags in accordance with section 14 of the Republic Act 8491, or the Flag and Heraldic Code of the Philippines. The activity is held on June 23, 2021, at the Baguio Convention Center.   Photos by Neil Clark Ongchangco