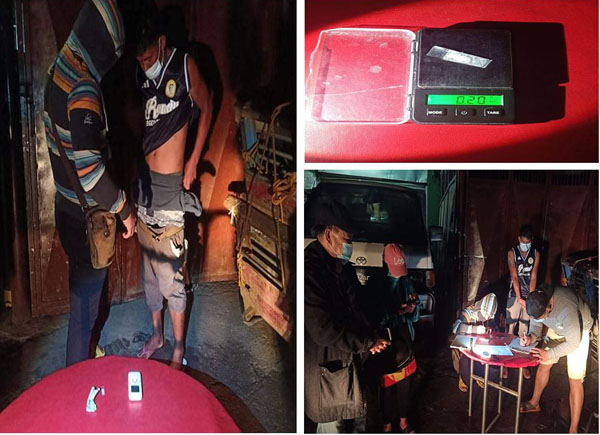 CAMP MAJOR BADO DANGWA, La Trinidad, Benguet – (May 22. 2021) – Another Street Level Individual (SLI) was arrested in a buy-bust operation conducted in Benguet by joint operatives of Cordillera cops and PDEA-CAR on May 20, 2021.

Other items seized from the possession of the suspect were the buy-bust money, a sachet of suspected shabu weighing 0.20 grams with SDP of Php 1,360.00 and one (1) unit keypad cellphone.

Markings and inventory of all seized items were done onsite in the presence of a Barangay Kagawad of Pico, La Trinidad and a DOJ representative.

Lacanaria and all confiscated evidence were brought to La Trinidad Municipal Police Station for documentation and proper disposition. He is now facing charges for violation of the Comprehensive Dangerous Drugs Act of 2002 (RA 9165). (PROCOR-PIO)