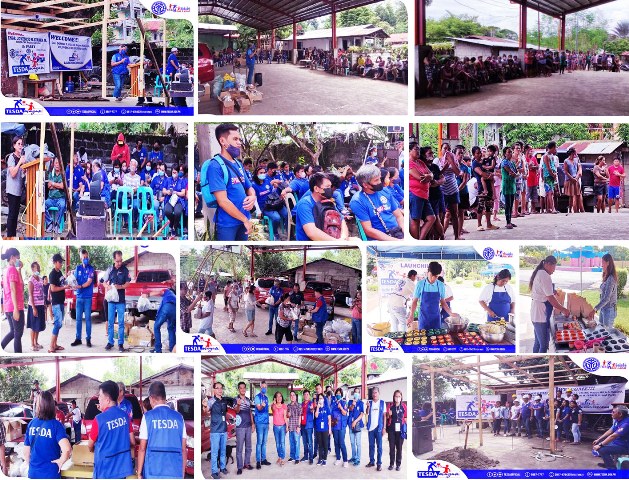 LOAKAN, BAGUIO CITY- The Technical Education and Skills Development Authority (TESDA)-Cordillera Administrative Region turned over in-kind donations to people who were affected by the magnitude 7 earthquake in Abra, on August 04, 2022.

According to TESDA Abra Provincial Director Allan S. Millan, they are continuously producing baked products that had benefited the Municipalities of La Paz, Tayum, and Manabo as part of their initial actions under the TESDAmayan program.

In a report from TESDA Abra, a total of 7,420 individuals have benefitted from the free baked products produced by the trainers and trainees of Bread and Pastry Production. The beneficiaries are from the Municipality of Tayum (Brgy. Bagalay, Basbasa, Bumagcat, Deet, Gaddani, Patucannay, Pias, and Poblacion); Municipality of La Paz (Brgy. Benben, Buli, Canan, Pidipid); and Municipality of Manabo (Brgy. San Jose Norte and San Jose Sur).

According to him, this activity is under the Special Training for Employment Program (STEP). This is a scholarship program of TESDA which aims to provide skills and training opportunities for the beneficiaries in the barangays/ communities to make them employable and productive.

TESDA CAR Regional Office Scholarship focal Ms. Susana Carbonell also said that once the 10 million worth National Qualification Map from the Central Office is approved there will be a total of 464 individuals who will benefit from it to support the rehabilitation program in Abra.

“TESDAmayan” is the agency’s banner program that aims to aid communities affected by any crisis brought about by natural calamities, disasters, or any other untoward incidents which cause displacement among the residents.

To date, TESDA CAR has been receiving various donations from different organizations and TESDA Regional Offices which will be distributed next week. (SNMP)